Showing posts from April, 2013
Show all

April 23, 2013
Hmm entering into Week 6, We pushed forward our first Gynae appointment to coming Saturday instead. kind of excited and looking forward but afraid at the same time. due to the past miscarriage I can't help but let my imagination run wild about this pregnancy. Really do hope it will be a smooth pregnancy and baby will be healthy and born full term. At 6 weeks, the brown spotting seemed to stopped. My morning sickness was so much better, I kind of stopped puking though I still feel queasy and nauseous occasionally. Been feeling tired most of the day and still sleeping early at 10ish at night. Finding it hard to focus at work Finding drinking plain water a challenge, there seems to be a bitterness in the plain water. still feeling bloated but definitely eating more compared to in week 5 where I cant finish a meal. Post result - after our first appt at the gynae We're able to detect the heartbeat! Gynae is more confident in this pregnancy then the previous as well and
4 comments
Read more

April 23, 2013
Here i am, back-dating my posts and yes you may have guessed the reason for doing so!! by the time you see this post, i'm already 12 weeks preggie! safe into 2nd trimester. After the last miscarraige in July 2012, my menses cycle has been erractic. and then in early March, i had this strong feeling that i could be pregnant and decided to whip out the test kit to prove myself right. There it was 2 visible, strong lines. The line is so much more obvious and visible as compared to my previous pregnancy.. Still trying not to be disappointed, I've bought a different test kit just to confirm that I am indeed preggie. The early pregnancy symptoms: was having what seemed like pre-menses cramp whole body was aching and it felt like a flu is coming My temperature remained high even after what i though could be ovulation and did not drop since Not wanting to go through what we went through with the previous pregnancy that ended up in a miscarriage. i.e. not wanti
Post a Comment
Read more
More posts 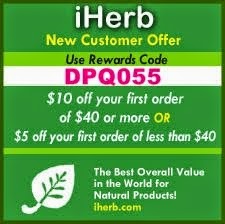